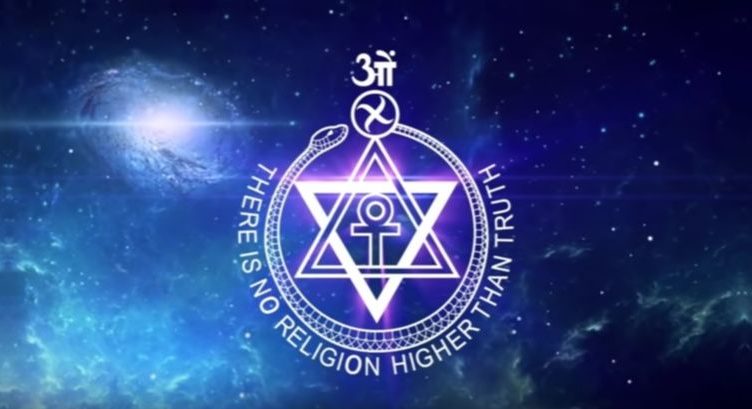 Mission of the Theosophical Society is
To serve humanity by cultivating
an ever-deepening understanding and realization of
the Ageless Wisdom,
spiritual Self-transformation,
and the Unity of all Life.

Please note this time the International Covvention is being held in Varanasi, the Headquarters of the Indian Section

30 December 2019 – 5 January 2020
Plan on participating in the Convention, as this is a unique opportunity to meet your fellow Theosophists in North Inida. Rates will be announced by August.

is being held at Adyar, India

Last winter the International Youth Convention was held at Adyar with good participation and sincere and joyful activities. The focus was on group discussions and practices. This will also be the case for the upcoming Convention. The theme will be defined soon.
This Convention takes place at Adyar 27 – 29 December.
theyouth@gmail.com
WhatsApp: +91 6362440972 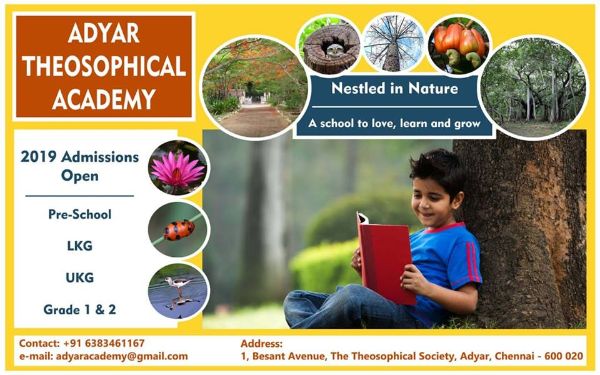 ADYAR THEOSOPHICAL ACADEMY (ATA)
The Theosophical Society is starting ATA in June at Besant Gardens. This has been recognized in Newspapers like:
The Hindu, «Theosophical Society to start a school», link
The Times of India, «On Transformative Education – Take it seriously when a child plays», pdf-link
Brochure describing the meaning and value of ATA, pdf
facebook

Music in the Park

In Chennai, at the Theosophical Society on 19 October 2019

From The Hindu article:
«SRF, and SPIC MACAY will jointly present Music in the Park in Chennai with the venue support from the Theosophical Society Adyar and The Hindu will be the Media partner for the same. October 2019 will witness the first concert of the Music in the Park series in Chennai. Pt Jasraj has agreed to perform on October 19, 2019.
The whole article in The Hindu

The Children’s Choir, lead by Srinivas Krishnan, rehearses at the LBC dining hall, at Adyar. A choir of 30 young singers will come to the International Convention at Varanasi to give a special concert in January.

November 18 – 29, ADYAR, India
School of the Wisdom Session
Subject is on Dialogue
by Paul Sylvan from England

December 31, 2019 – January 5, 2020, Varanasi, India
144rd International Convention
THEME: Nurturing the Divine Seed
NOTE the venue is in the Headquarters of the Indian Section Varanasi (not at Adyar),

earlier called The South India Conference, was organized by the Kerala Federation. It so happened that three international officers were present. The KF Secretary Dinakaran addressing the Conference at the Podium. 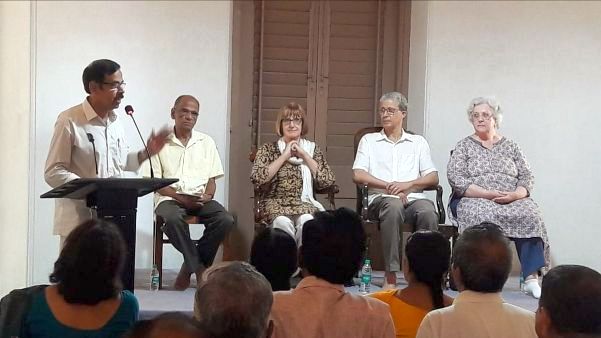 VISIT TO SRI LANKA in April
Mr Gerard Brennan, the President of the Indo-Pacific Federation, and Prof. C. A. Shinde, Interntional Speaker from Adyar, visited Sri Lanka to give some lectures and meet members. They visited also some Temples and saw the many statues of H.S. Olcott.